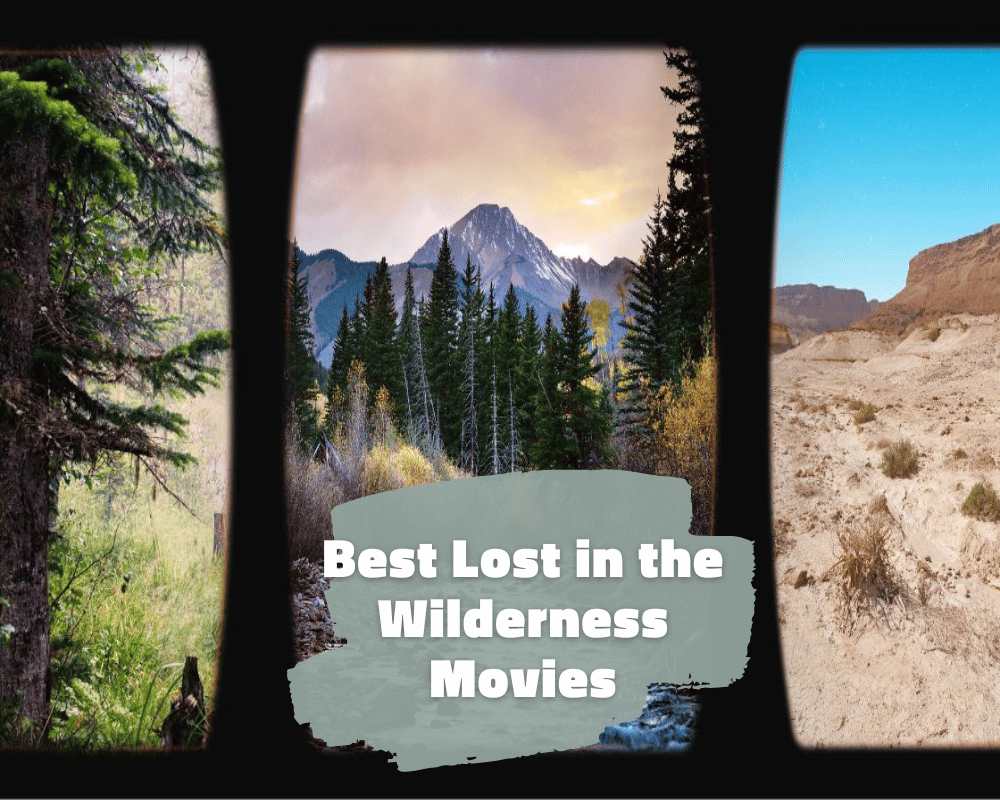 Being lost in the wilderness is a terrifying, yet thrilling, experience that has been explored in countless movies to date. For bushcrafters and campers, watching a story unfold in the wilderness is an exciting, entertaining, and educational experience. You get to see how people face major challenges, caused by anything from unforeseen circumstances to poor planning, and how people react to those challenges in the wild. Oftentimes, humans demonstrate incredible resourcefulness in the face of adversity—and an inspirational thirst to survive.

Kicking off the list is Cast Away, a classic survival drama film. Directed by Robert Zemeckis, it stars Tom Hanks as Chuck Nolan, a FedEx systems engineer whose plane crashes on a deserted island in the South Pacific. As the sole survivor, Chuck washes ashore and must learn to live on the island relying on his resourcefulness and sheer determination.

Although Chuck manages to build a home, find food and water, and signal for rescue, he remains trapped on the island and becomes increasingly isolated from society. Will he ever make it back to civilization and reunite with his loved ones? Or will he remain trapped there—with only his handmade friend, Wilson the volleyball, for company?

Cast Away explores themes of survival, resilience, and the human capacity for adaptability in extreme circumstances. It received critical acclaim for Hanks’s performance and was a commercial success at the box office.

Set in 1823, The Revenant stars Leonardo DiCaprio as a rough-and-tumble frontiersman and fur trapper named Hugh Glass, who is viciously mauled by a grizzly bear and left for dead by his hunting team. In spite of his injuries, Glass is determined to survive in the wilderness and uses his skills to navigate the harsh conditions. He even starts to plot revenge on the hunting team member who betrayed him…

Along the way, Glass encounters a variety of challenges and allies, including a Native American tribe and a French-Canadian fur trader played by Domhnall Gleeson. The Revenant is a visceral and intense tale of survival and redemption, set against the stunning backdrop of the American wilderness.

What’s mind-blowing about this movie is that it’s based on a true story. And it proved to be a critical and commercial success, winning three Academy Awards—including a Best Actor Oscar for DiCaprio (the actor’s first!). If that doesn’t prove that this is a must-watch movie, then we’re not sure what will.

Ever wanted to abandon your material possessions and societal responsibilities to embark on a journey into the wilderness? Well, Christopher McCandless does just that—in the 2007 biographical adventure drama Into the Wild!

Another movie inspired by reality, Into the Wild is based on the 1996 non-fiction book of the same name. In the movie, McCandless, a young man played by Emile Hirsch, is a recent college graduate who is disillusioned with the direction of his life. He feels that the world has too many expectations and resolves to leave it all behind to live off the land. So, he donates all his savings to a charity and sets off on a road trip, eventually ending up in Alaska where he intends to live in the wilderness.

On his journey, McCandless faces many testing challenges and obstacles, including hunger, cold, and isolation. He also encounters several people who help him along the way. Nothing seems to faze McCandless in his quest to continue living off the land and embracing the wild.

Overall, the film is a moving tribute to the beauty and power of nature, as well as a warning about the dangers of escaping from society. Having received critical acclaim for its acting, direction, and cinematography, Into the Wild has since become a classic of the wilderness adventure genre.

Based on the true story of Aron Ralston, 127 Hours is a nail-biting survival drama film. It opens with Aron, played by James Franco, preparing for a solo hiking and climbing trip to the Bluejohn Canyon in Utah. Aron warns his friends of his plans and leaves an itinerary with them, but is resolute on going it alone. After a few days of climbing, he finds himself in a deep, narrow canyon with no way out—a boulder has fallen and trapped his arm against the canyon wall.

Stuck in the canyon, Aron tries several methods to escape. As he starts to run low on water and food, he is forced to confront the reality that he may not make it out alive. He becomes increasingly introspective as he contemplates his life and relationships up until now—just as the real Aron did—and the viewer is kept on tenterhooks until the end.

It suffices to say that 127 Hours is a gripping, emotionally powerful film. To say any more would reveal too much about Aron’s fate. James Franco gives a tour de force performance as Aron—and director Danny Boyle ranks up the tension with a brilliantly curated soundtrack and punchy cinematography.

Mount Everest is celebrated as the planet’s highest mountain above sea level. Those who conquer the 8,849m high beast are celebrated as much as the mountain itself. But as the movie Everest shows, reaching the summit—and getting safely back down again—is no easy feat…

Based on the real events of the 1996 Mount Everest disaster, Everest tells the story of two expedition groups, led by Rob Hall (Jason Clarke) and Scott Fischer (Jake Gyllenhaal) as they attempt to climb Everest. The two groups are made up of experienced mountaineers and novice climbers, each with their own reason for trying to reach the summit.

The movie unfolds and the groups make their way up the mountain, facing a series of challenges on the way, from extreme cold to high winds and dangerous icefall. All seems to be going fine until disaster strikes—they get caught in a severe blizzard. Will both expedition groups make it back in one piece?

Everest was praised for its intensely beautiful cinematography and the performances of the cast, particularly Jason Clarke and Jake Gyllenhaal. It was also a commercial success, grossing over $200 million at the box office. It’s certainly one to watch!

…And that’s a wrap! You’re now familiar with 5 of the best wilderness movies out there to watch. Although this list is not exhaustive, we guarantee that each of these stories will keep you on the edge of your seat, whether you’re a seasoned nomad or you just enjoy the thrill of an occasional adventure.

Know that there are so many lessons to learn from these 5 movies, including about the human spirit and our innate instinct to survive and thrive in the face of huge challenges. If you want to explore the outdoors or become a professional wilderness guide, watch these films, draw inspiration from their heroes, and take note of the dangers they face—as a safety precaution for your upcoming adventures!

I am Bruno. I write and lecture about bushcraft, survival, hiking, and nature experiences in general. I also produce short films on these topics as a director.

My wife Lilith and I try to travel as much as we can to discover the world! We wish to live in harmony with nature and preserve its ecosystems: Eden paradise is here now.

I want to open a door to reconnect with nature through this blog. 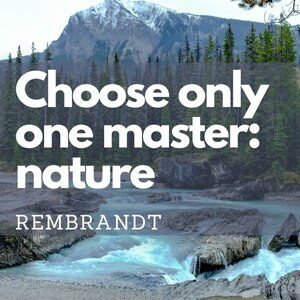 All trademarks shown belong to their legitimate owners.

We use cookies to make sure you can have the best experience on our site. If you continue to use this site we will assume that you are happy with it.OkPrivacy policy